We had a fantastic day out representing the Ribble Valley at Dodgeball. After participating in the opening ceremony, children spent the morning competing against the other boroughs. Each team was scored on their sportsmanship by their opposing teams and by the referees. Alongside winning the majority of our games, we were thrilled to learn at the end of the day, during the closing ceremony, that we had won the overall competition. Children came home with GOLD medals, a trophy and special gifts symbolising the 6 key sporting values.

Well done to Robert who was also recognised individually for his sportsmanship.

After the competition, we trialled a new sport known as pickleball and we had a go at some archery.

Thank you to Mr and Mrs Patel, Mrs Redmayne and Mrs Cast for your help with transport and for coming along to support our team.

Imaan was invited as a VIP guest to the event, where she attended with other borough winners and other important guest of the games. She had a tour of the games, a special lunch and was presented with her pledge in a published form. Imaan also received a trophy from the sports partnership. Well done Imaan.

Some of the pledges the other children wrote in class can be seen by clicking on the link below.

CONGRATULATIONS to James and George who qualified in the Lancashire finals after their successful runs in the Autumn Term. In a very large field of about 150 boys, James finished in 43rd position and George also finished in a strong place. Well done to you both and thanks to your parents for taking you.

Well done to Robert who finished in 4th position in both disciplines. Robert narrowly missed both bronze medals by tenths of a point. 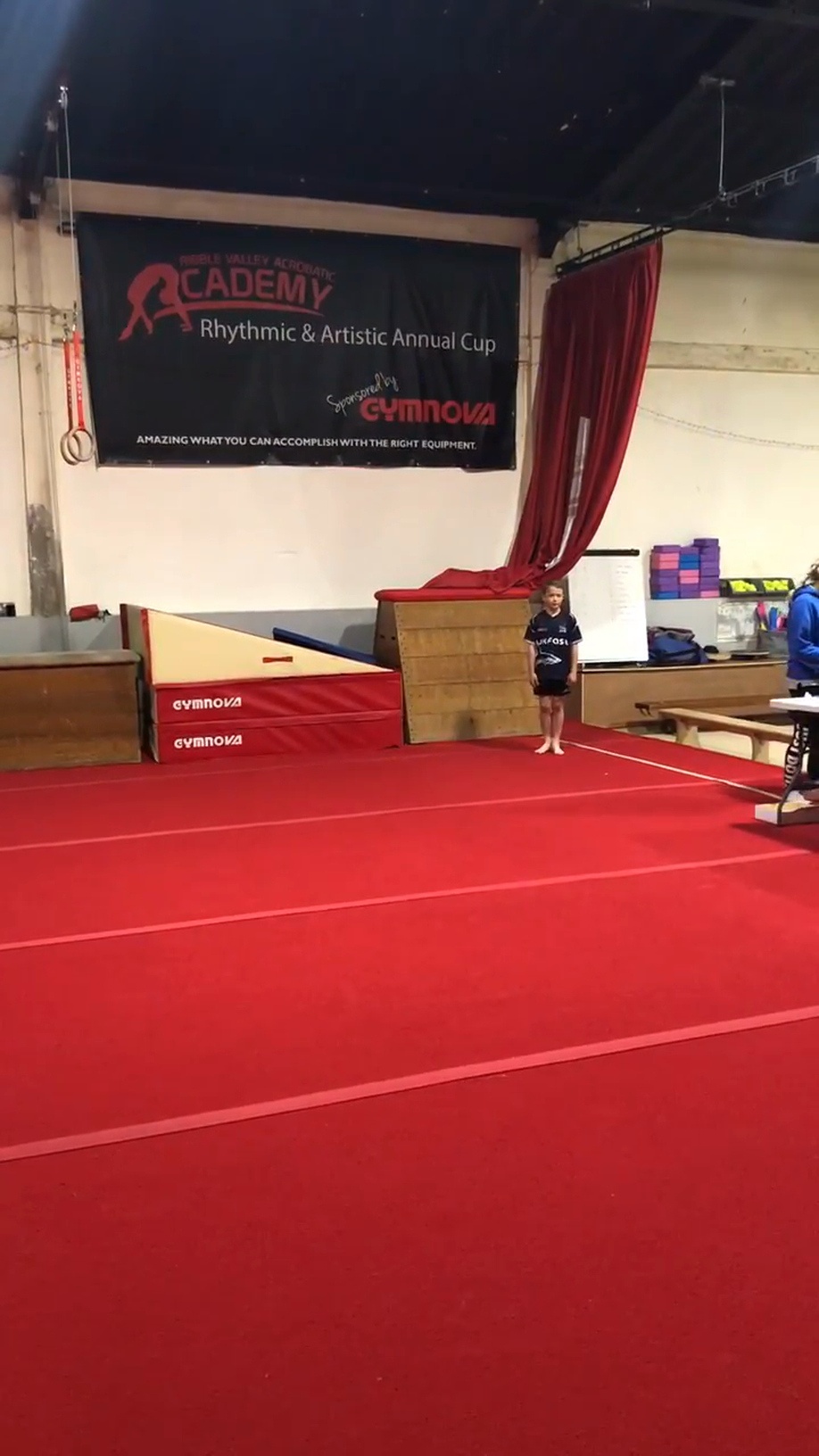 Robert finished in 4th place with only 0.2 of a mark missing for the bronze medal. 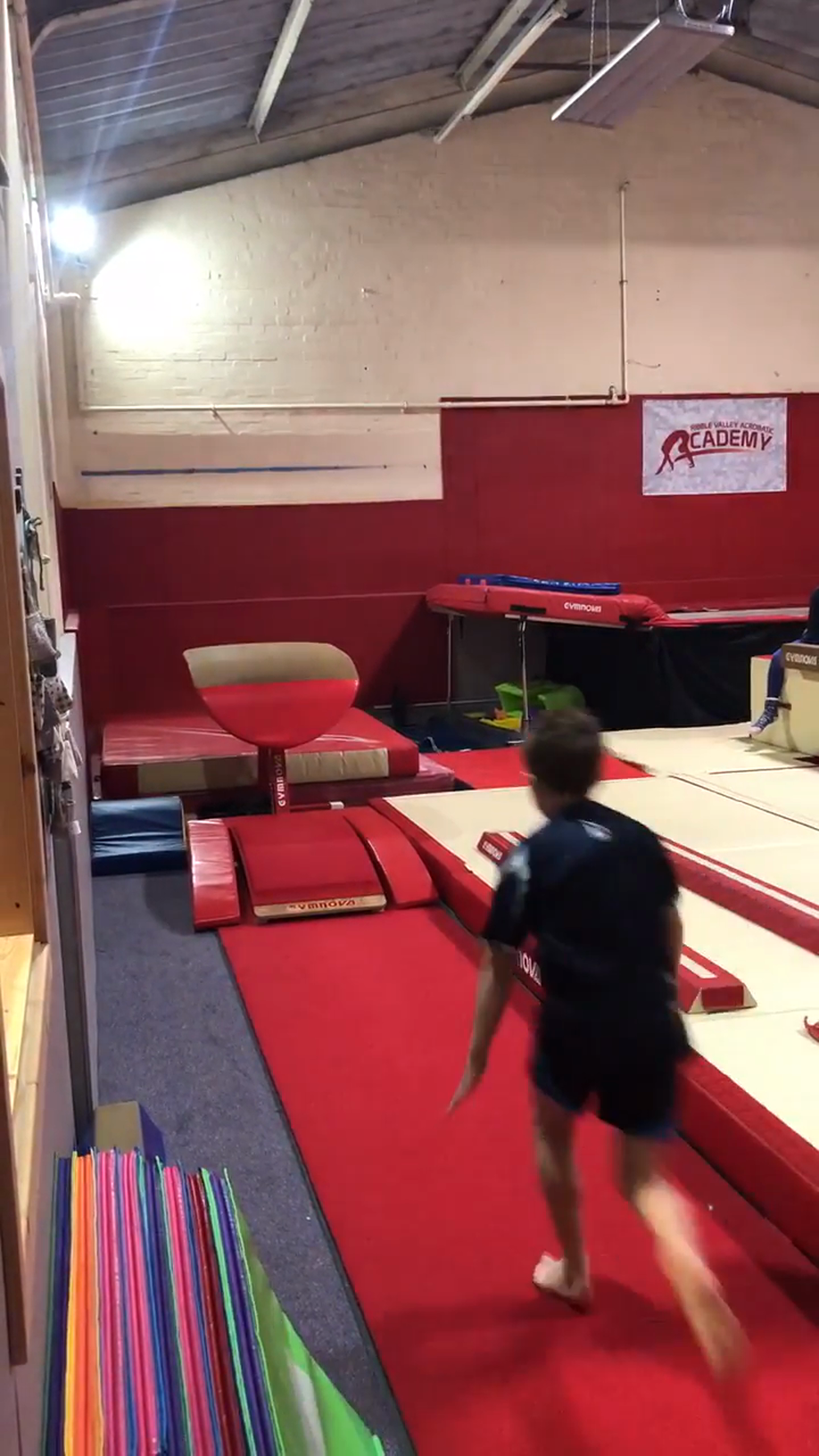 Robert narrowly missed out on a bronze medal by 0.1 with this fantastic vault.

What an amazing fun filled and busy week!

We thoroughly enjoyed our time on and around Lake Windermere and have gained some valuable life skills in the process.

We  took 3 teams to this competition - all of years 5 and 6 and Emma, Emily and Ayden from Year 3.

On a very cold wet and blowy day the children had twenty minutes to find as many check in stations as they could by following a map. Children worked in boy/girl pairings.

There were 22 teams participating in the Ribble Valley competition: our red team finished 12th.

Well done in particular to Angus and Mia (Red team) who finished in 28th position out of 101 pairs.  Quite an achievement.

We were so excited to be participating in this event! The weather was glorious and we all had a lot of fun. We took part in 8 different “ Animal” events to earn points for our team. These included: Cheetah sprints, bunny bounce, hungry hippos, bouncing frogs, grass hoppers, skippy the kangaroo,  busy bees and monkey madness agility course.

We  were thrilled to come back to school  and surprise Mrs Heyworth with our BRONZE medals! CONGRATULATIONS to our B team who scored a whopping  243 points to finish in 3rd place out of 14 teams. The A team weren't far behind with 222 points and the C team finished with 210. A fantastic achievement from all of our Squirrels.

Thank you to Mrs Gow, Mrs Burton, Mr Chaplain, Mr Simpson and Mr McGowan for preparing and taking the children to this event.

This team represented the school beautifully: they showed outstanding sportsmanship with all of the children displaying each of our sporting values in abundance. In addition to this, their performance at tag rugby was fantastic. In the first round we beat Salesbury A and Whalley B and lost narrowly to Waddington and West Bradford by 1 try. This meant that 3 of the 4 teams in this round had won 2 games and lost 1 game. The decision came down to try differences and we finished 2nd in this heat.

Throughout the afternoon, the children worked really well as a team, with some particularly good defensive work. Every member succeeded in scoring at least one try - which was really rewarding to watch.

Special thanks to Mr Bargh for all his help and support on the day; to Mrs Redmayne for helping transport the children and also to the parents who came along to watch and support the team.

Y3/4 at The Anderton Centre