and well done to our Y5/6 football Team for ending the year in SILVER medal position.

After a rocky and difficult start in the Autumn Term, our boys grew and developed as a team. Despite losing every game in the first term, they became a undefeated squad for 17 consecutive matches. This meant the went into their very last game in first place position.They certainly learned what it means to be part of a team and the importance of working together. Well done boys and thanks to MrvHolroyd and Kevin Gallacher for training and managing the team.

The children performed with determination, passion and resilience on a very hot afternoon. The manner in which the children all supported and encouraged each other made us really proud. Everyone kept their heads held high and performed to the best of their abilities. A special mention and well done to Evie & Jess for participating in the 600m run: a real challenge for them both , but they started, ran and Evie even managed to finish, Well done Evie! Well done also to Lucy who was part of a group fall at the beginning of her 600m run, but she got up and participated in the next heat. Well done Lucy!

Thanks to all the parents who transported, supported and provided refreshments. Thanks to Mr Bargh for running with some of the children and encouraging everyone.What a great team we are at Balderstone!

Wow! How much have this team developed over the year?! From losing every game in the Autumn Term, we now have a team who have gelled and work well together. This team effort was reflected in their achievements at this event - they WON EVERY match!!! What an improvement! The boys have now learned that 'Together Everyone Achieves More' Well done boys!

Thanks to Mr Holroyd for managing the team on our INSET day and to all the parents who transported and supported at the event.

Both teams played well on a beautiful sunny day. There were lots of opportunities to play many different teams throughout the afternoon.

The A team displayed real team spirit and worked really well together to beat Simonstone 6-1; Benjamin Hargreaves 9-6 and drawing against Gisburn 6-6 in the first round. Teams were then grouped based on their successes in the first round and then played similar standard teams. Unfortunately we lost to St Joseph's, but beat Waddington 8-7 and drew against Benjamin Hargreaves 7-7. All children were successful in scoring tries for their team and there was some excellent defensive and attacking phases. We had no substitutes for this team so it was an exhausting but rewarding afternoon.

The B team are a newly formed team with many players to the sport. After a challenging start to the afternoon, We did manage to beat Brookside in the second round. The children showed great resilience and kept their heads held high throughout the afternoon. We are extremely proud of them.

Thanks to Mr Greenwood and Mr Bargh for all your help managing 2 teams throughout the afternoon and to our resident rugby supporter (Mrs Foster) for providing much needed energy supplies as they started to tire! Thanks also to the parents who came down to support the children.

The whole of Squirrel class attended this event and represented the school in the Animal Olympics, on a glorious day at Oakhill.  All 3 Balderstone teams worked extremely well and demonstrated our sporting values.

Congratulations to our C team who came runners-up and returned with SILVER MEDALS!

Many thanks to our super supporters Mr Bargh and Mr Patel, who came along to help cheer us on!

A morning of fun!  The teams played 10 games continuously throughout the morning.   The children demonstrated great team-work, honesty and resilience.  Some children were on their own at the end of a game however, they didn't give up, they battled on showing the Balderstone Spirit!  Uabyd caught 8 balls on his last game!  Well done everyone

The children took part in 4 activities.  Throwing, long jump, 100m sprint, 400m.  Everyone gave 100% effort!  Even Mr Bargh supported the children by running the 400m, encouraging and supporting all the way.   Annie-Mae's mum was on the side lines providing us with fruit to spur everyone on!  A great afternoon of personal achievement.  Well done to Robert and Aleece who position 3rd and 4th in the 400m, a great accomplishment! 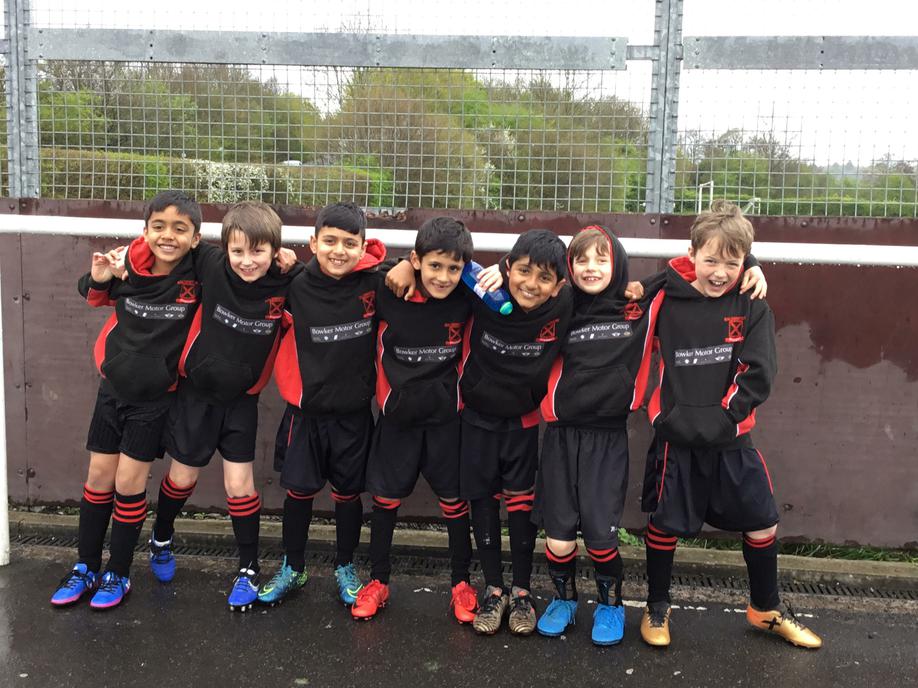 A good first performance by our Year 2, 3 and 4 football team.  Playing on a very wet pitch in the rain, they encouraged each other on and worked well as a team.  Well done to Zac, our goal scorer!

Y3/4 Residential at The Anderton Centre

Please See Foxes class page for photographs and to find out about our adventures.