Congratulations to our Self Defense Pupils who have recently been assessed and awarded their new 'Grade'. Ellie-Mae from Reception has achieved her first award and now wears a 'White Belt' - Well done Ellie-Mae.

This was the second of 2 events to decide the overall winners of the Blackburn & Darwen Cross Country Championships, with schools from all over the area taking part.

Many congratulations to KATE COOKSON who having won the first event last October, came in FIRST again to take the title and winner's cup. A great achievement.

There were also very good performances from our other girls Kareena, Lucy and Emelye.

In the boys'race Harry (still only Y5) led our team home, finishing in an excellent 4th place and only just missing out on a medal. His younger brother James (Y4) finished in 24th in a race intended for Y5/6 children. Great running from family Redmayne! Sam K is always very consistent and had another good race. Well done also to Sam F, Aariz, Joseph and Matthew.

This year for the first time, an informal race (results were not recorded) was held for Year 3/4. Eva showed her potential in the girls' race finishing well up the field. James ran again in the boys' race along with Jack and Robert. The future of cross country at Balderstone is safe if these children keep running.

Many thanks to all the parents who helped and supported us.

10 children from Y1/2 participated in this event. They had great fun performing floor exercises, vaults and balances and trying out various equipment. It wasn't a competition, but just a chance to have a go at something different. All the children enjoyed it and showed great energy and enthusiasm.

Many tanks to the parents for their support.

The profile of Tag Rugby has been raised considerably at school, following on from last year's success. Our lunchtime club has grown and we were able to compete two teams at this year's Ribble Valley Tournament. This year saw a record number of schools and teams competing and competition was fierce. Both teams displayed excellent sportsmanship and teamwork as they played. All children kept their head's held high and showed continued determination in every match, but unfortunately this was not our year. Nevertheless, we are proud of them all for displaying sporting values throughout the afternoon. Well done to all of the children. Thanks to Mrs Brierley for giving up her time and to all the parents who came down to support the teams. 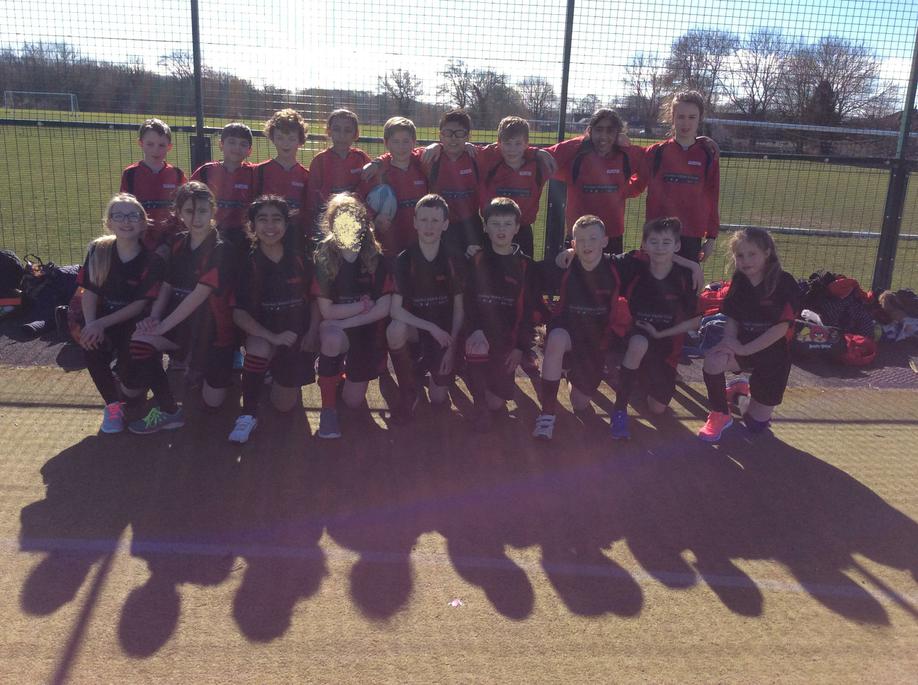 A competition designed for children who do not train for more than 1 hour outside of school. 26 teams participated in this event. Children had to perform a set sequence on the floor, followed by a vault. Our children performed really well, putting their nerves aside and performing to the best of their ability. Saher led our team with a fantastic Vault and Robert with a great floor result. However, all 5 children performed very well with some very close points between them all. Overall, we finished in 17th position and we are extremely proud of our children. Many thanks to Mrs Riddell for taking the team and providing opportunities for them to learn their routines.

Year 5 pupils from schools all over the Hyndburn and the Ribble Valley are involved in this annual event. The children have the opportunity to take part in many different individual activities and team games testing speed, endurance and hand eye coordination. Everyone tried their best and enjoyed the afternoon.We were particularly impressed with Rayyan's skipping skills learnt at his boxing club. Many thanks to the Mrs.Redmayne for her help on the day. 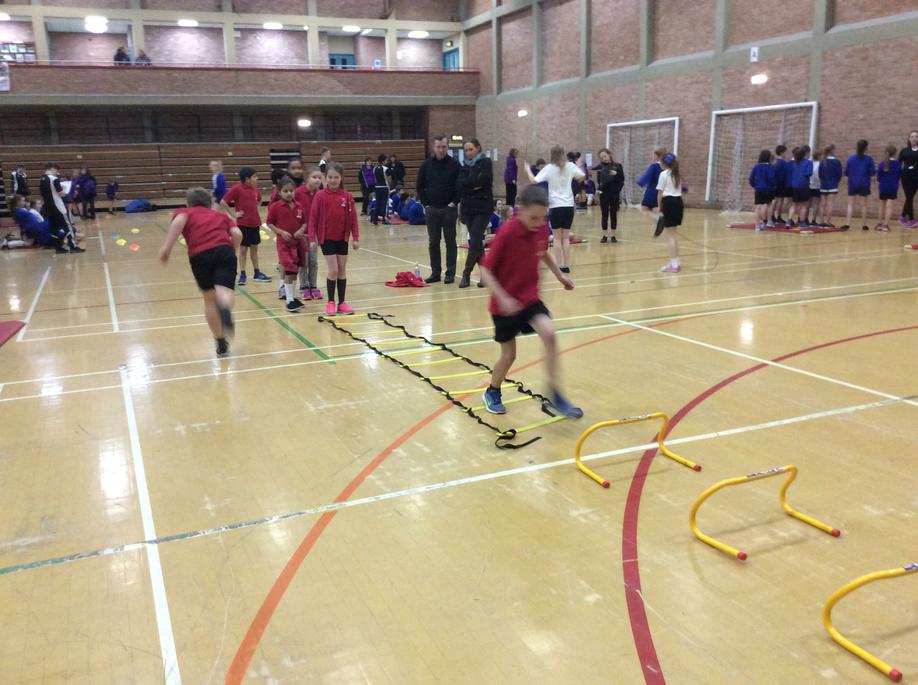 The tournament was 6-a-side event at the indoor centre at Blackburn Rovers. We started the afternoon with a team photo alongside a replica of the Premier League Cup.  After that the action began and we played in a mini league with 3 other schools. We came second in our league after beating Griffin Park 4-1 and Wensley Fold 12-0, but losing to Helmshore. As runners up in the group we progressed to the semi finals but unfortunately lost the game to a strong side from Redeemer.

A great effort from everyone. Many thanks to Mr.Holroyd and the parents who supported us during the afternoon.

A 'sessionid' token is required for logging in to the website and we also use a 'crfstoken' token to prevent cross site request forgery.